Great day at the Flodden Marks shoot. Katrina Horton First Lady, Dylan HIggs 2nd junior and GabePowell took 1st junior and was also overall winner beating every archer there. His name will be the first to go on the Flodden Sword!

The Battle of Flodden, Flodden Field, or occasionally Branxton (Brainston Moor) was a military combat in the War of the League of Cambrai between the Kingdom of England and the Kingdom of Scotland, resulting in an English victory. The battle was fought in Branxton in the county of Northumberland in northern England on 9 September 1513, between an invading Scots army under King James IV and an English army commanded by the Earl of Surrey. In terms of troop numbers, it was the largest battle fought between the two kingdoms. James IV was killed in the battle, becoming the last monarch from the British Isles to die in battle. 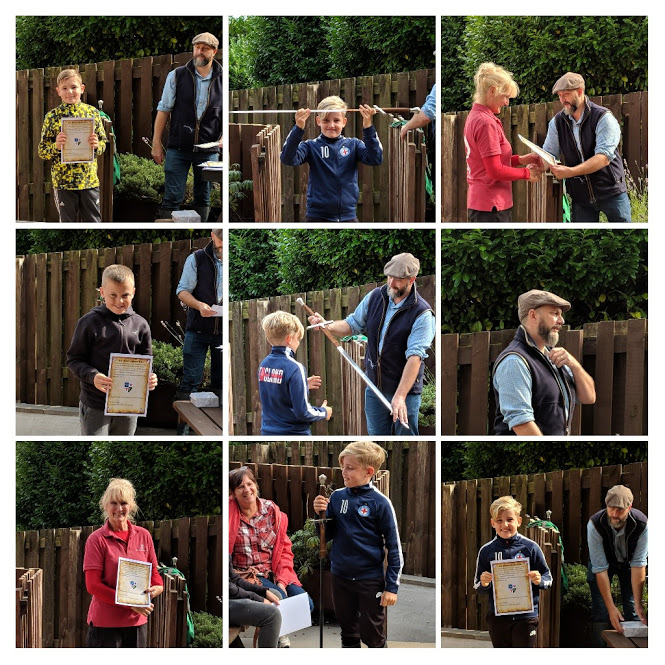