Great fun at the Archers of East Riding Clout Weekend. A lot of laughs and great company. A good turn out for The Longbow Club – Steve and Alison Williams, Katrina Horton, Chris Eccles, Lord Ian Stowell and Jason Lynch.

An Imperial round today, supposed to be a light wind but it was surprisingly tricky for everyone.
We nearly had a clean sweep for longbows! Alison was 1st Lady; Katrina was 2nd Lady; Ian was 1st Gent and Steve was 2nd Gent. And a longbow archer, (Hamish Freeman), won Best Clout!
Weather forecast not so good for tomorrow’s Metric – a bit of rain and stronger winds – back to normal!

Well we thought yesterday was a tricky wind at the Archers of East Riding Clout Weekend – that was before today’s howling gale! Judge said you could tell how bad it was when 9 archers were “blown off the line”, 5 of them on one end!

A huge thank you to Archers of East Riding for such a special weekend, maybe drop the wind next year and order some sunshine, but other than that a great weekend was had by all. 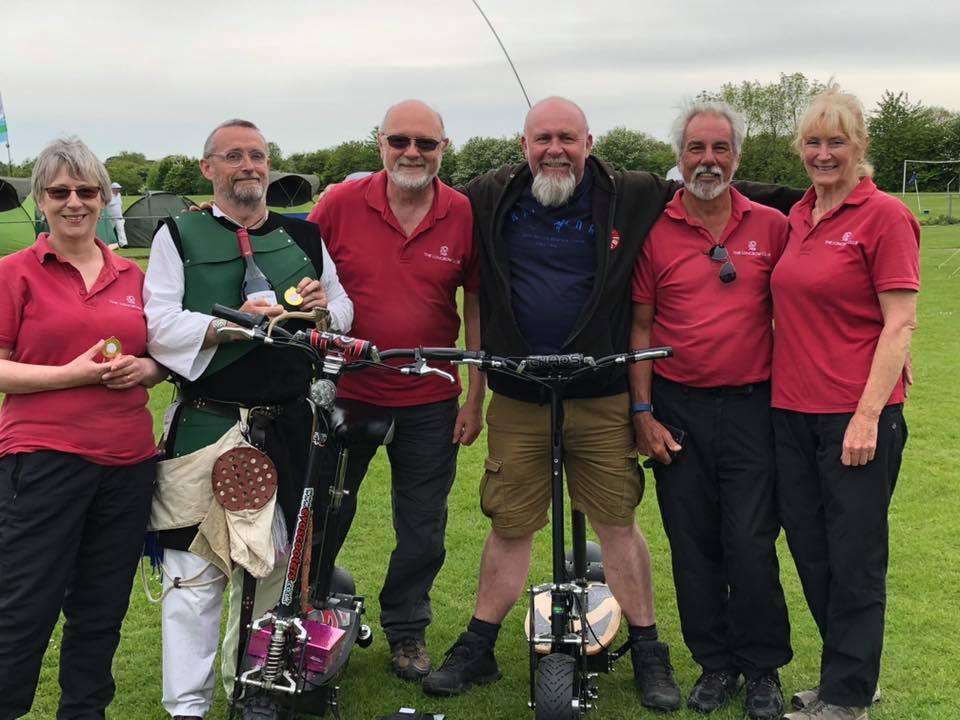