Congratulations to all the Longbow Club members who took part in Caldy Bowmen’s 39th Indoor Tournament yesterday at Leasowe. Especially to Keith Ledson who won his first ever medal! He was 3rd Gent Longbow, part of the winning team for the Longbow Team Trophy (alongside Katrina Horton and Lord Ian Stowell) and also achieved a Black Deva badge. Not bad having taken up archery a year ago – and with a bow he made himself!

Katrina Horton was 1st Lady Longbow; Lord Ian Stowell was 1st Gent Longbow; Dylan Higgs was 1st Junior Boy Longbow; Katrina and Chris Eccles won the Longbow Jack and Jill medals and were also presented with flowers and wine for their help with running the scoring for the day. Also taking part were Graham Higgs and Mike Christison.
Ian and Katrina also did very well in the raffle as well! 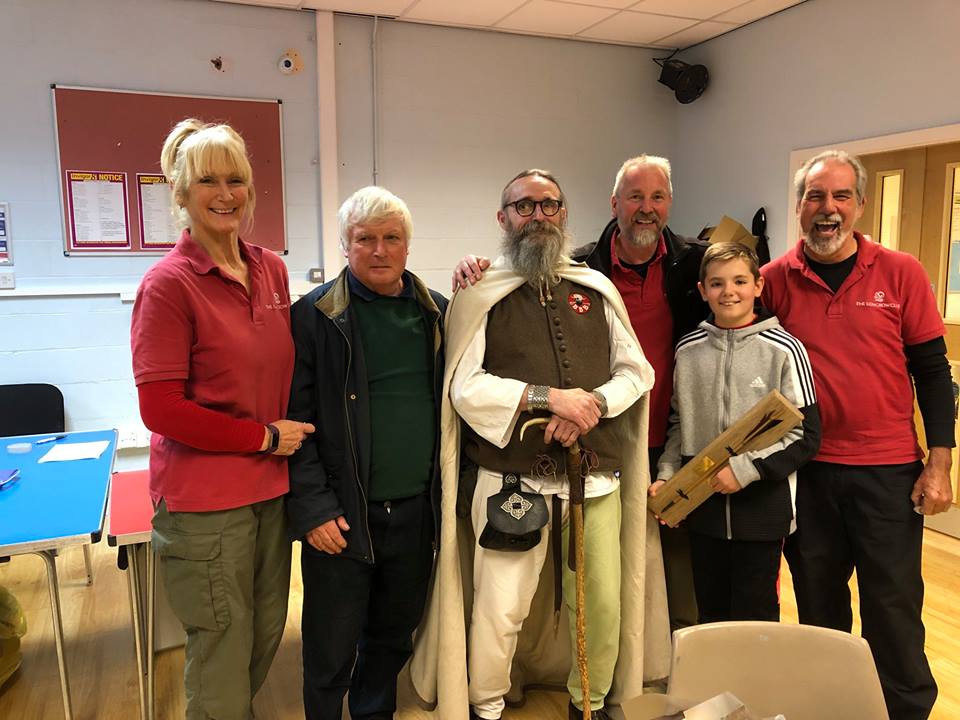